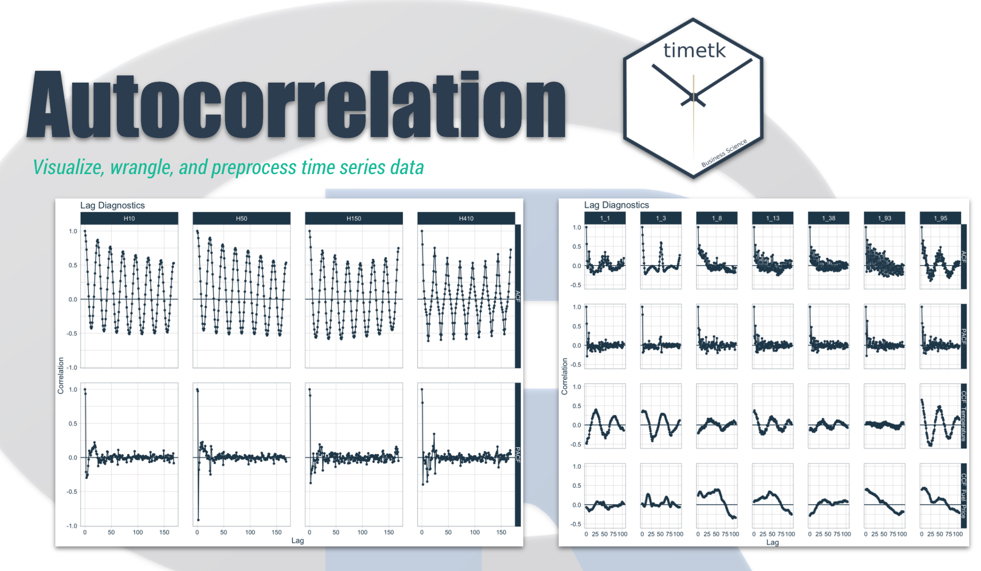 Have 5-minutes? Then let’s learn time series. In this short articles series, I highlight how you can get up to speed quickly on important aspects of time series analysis. Today we are focusing on a critical visualization technique: Autocorrelation and Cross Correlation. Learn how to make interactive (plotly) and static (ggplot2) visualizations easily with timetk.

This article has been updated. View the updated Time Series in 5-Minutes article at Business Science.

Time Series in 5-Mintues
Articles in this Series

The ACF Plot - A fundamental tool in your arsenal

I just released timetk 2.0.0 (read the release announcement). A ton of new functionality has been added. We’ll discuss some of the key pieces in this article series:

Have 5-Minutes?
Then let’s learn Autocorrelation

This tutorial focuses on, plot_acf_diagnostics(), a workhorse time-series plotting function that makes interactive:

Load the following libraries. For the purposes of this tutorial, I’m setting all plots to static ggplot2 using interactive <- FALSE, but I encourage you to switch this to TRUE to see how easy it is to make interactive plotly plots.

Autocorrelation is the presence of correlation that is connected to lagged versions of a time series. In laymen’s terms, this means that past history is related to future history. We can visualize this relationship with an ACF plot.

First, plot the time series we’ll be looking at taylor_30_min using plot_time_series(). We learned how to plot time series with the Time Plot in Part 1 of this series. 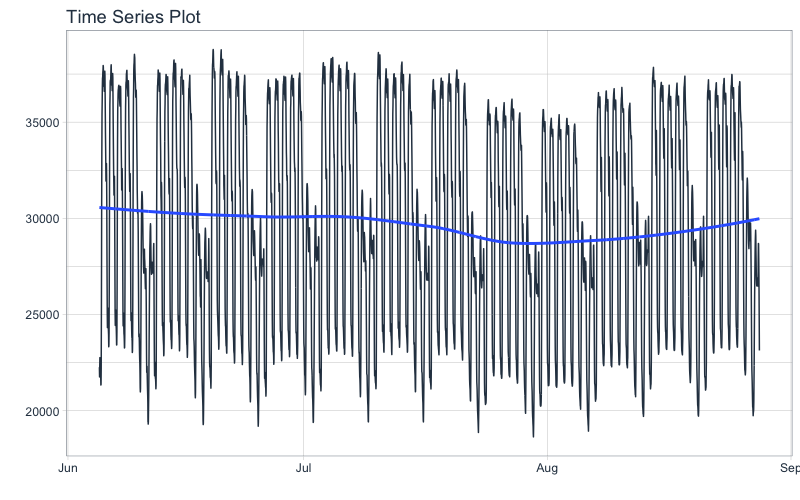 This series represents hourly electricity demand taken at 30-min intervals for about 3-months. We can visualize the autocorrelation in the series using a new function, plot_acf_diagnostics(). 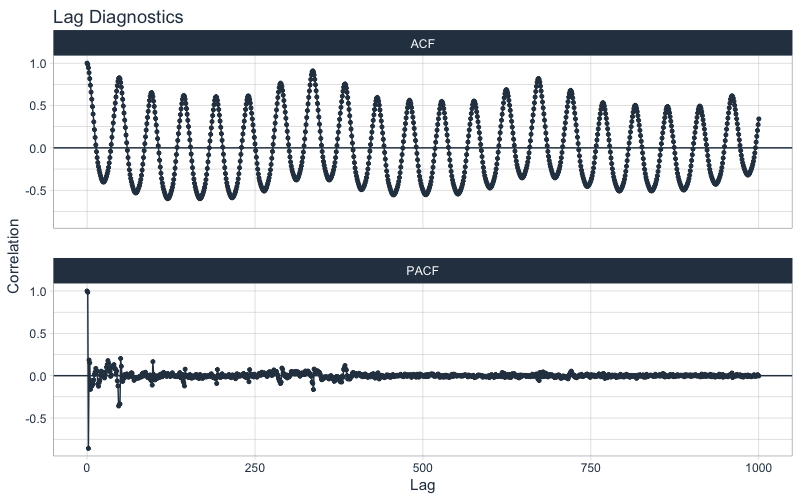 Why are ACF and PACF important?

From the plot_acf_diagnostics() we get:

These 2 visualizations help us model relationships and develop predictive forecasts:

Often in time series we are dealing with more than one series - these are called groups. Let’s switch to a different hourly dataset, m4_hourly, that contains 4-groups. 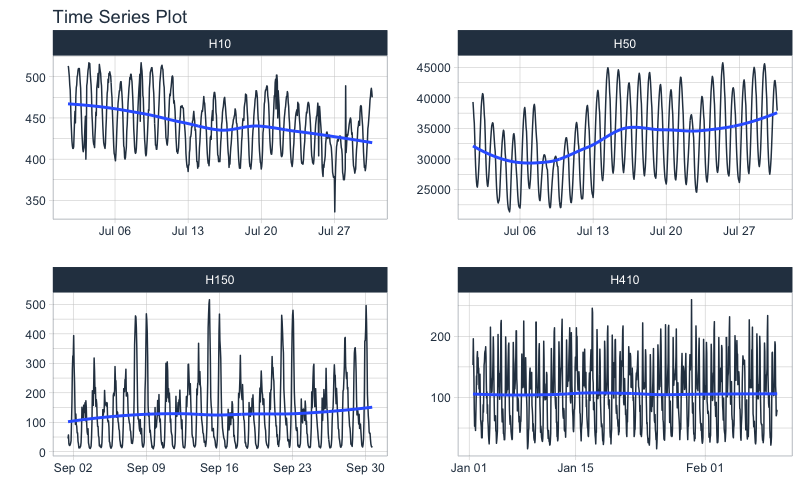 We can get the ACF and PACF plots easily using plot_acf_diagnostics(). We can isolate 14-days of lags using the .lags = "14 days". 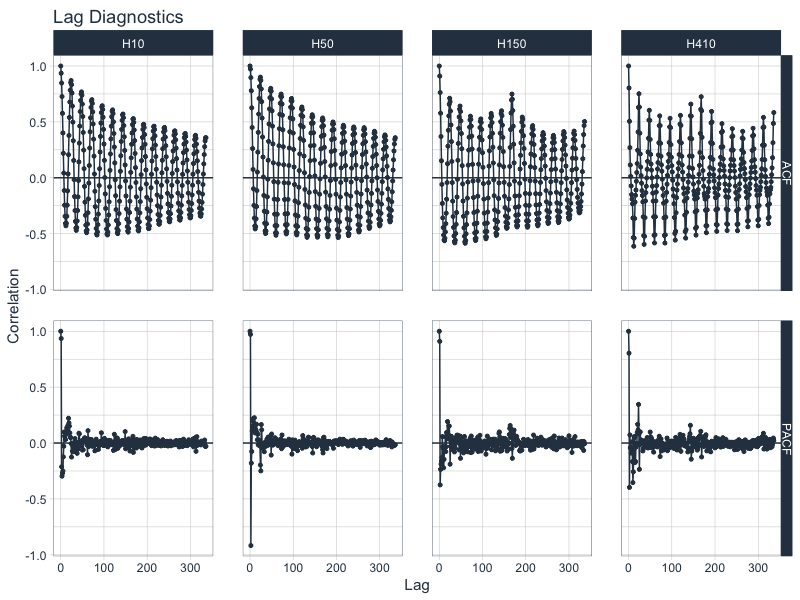 Why use time series groups?

Note that you will need to the development version of timetk for this functionality until timetk 2.0.1 is released. You can upgrade using devtools::install_github("business-science/timetk").

We can visualize Cross Correlations using the .ccf_vars between Weekly Sales and Temperature and Fuel Price. 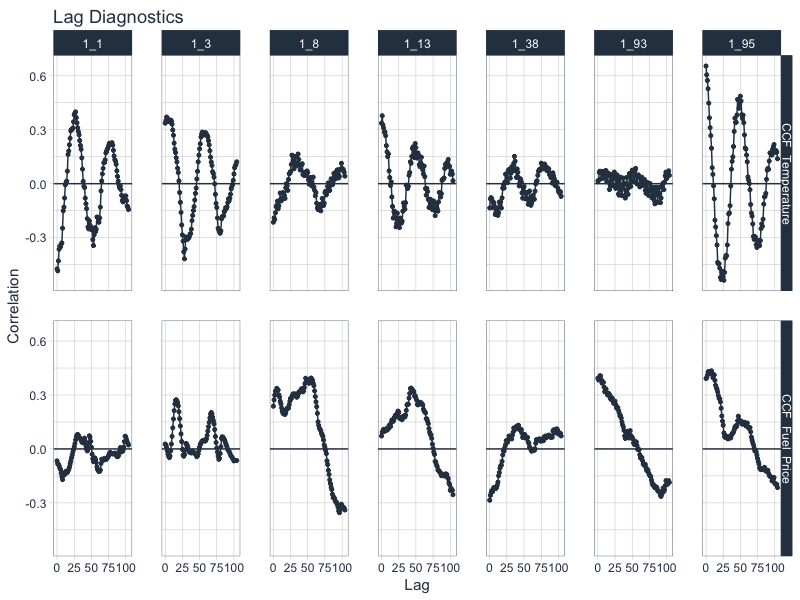 Have questions on using Timetk for time series?

And, if you plan on using timetk for your business, it’s a no-brainer - Join the Time Series Course.