How to Visualize Time Series Data: Tidy Forecasting in R 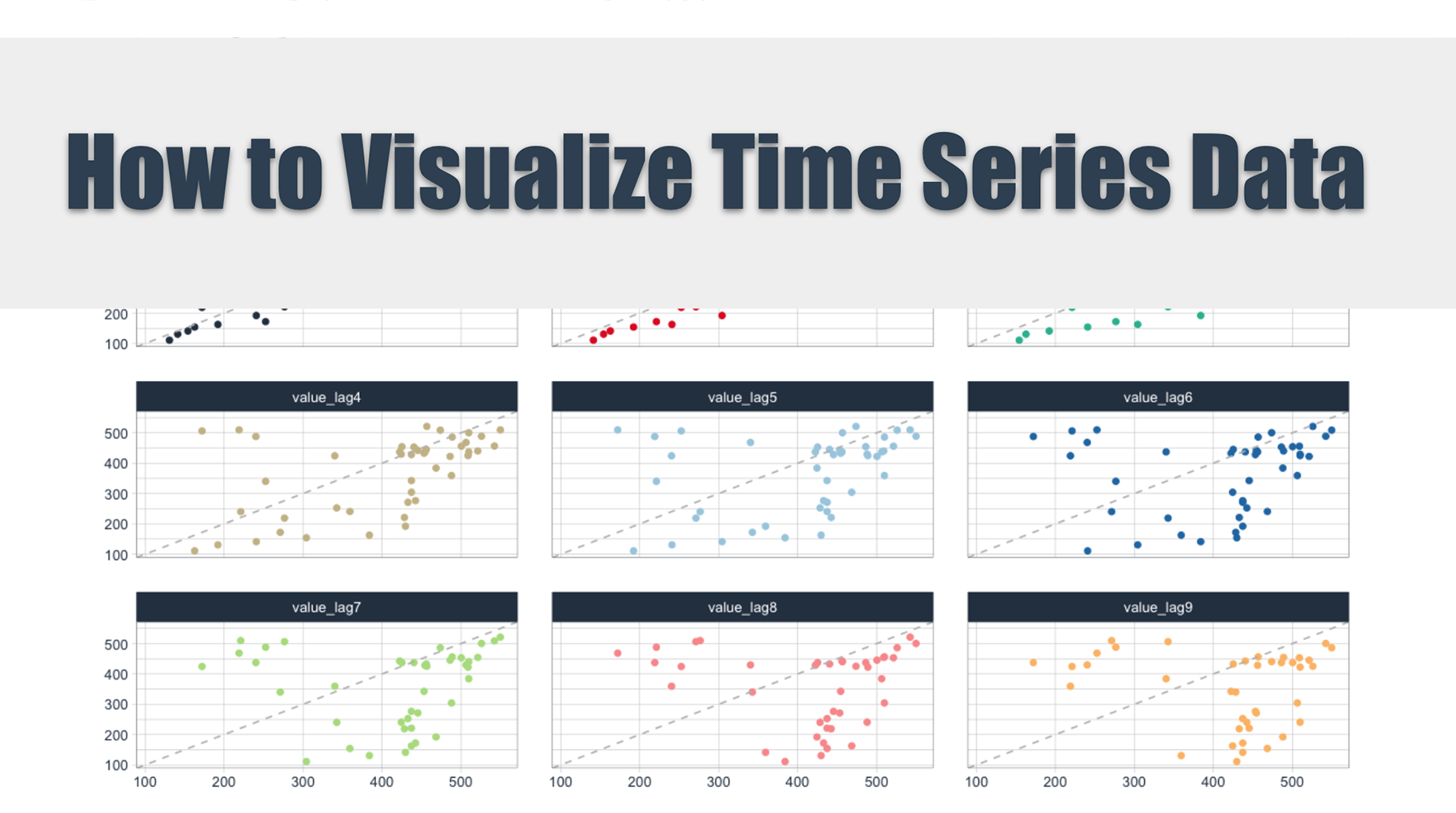 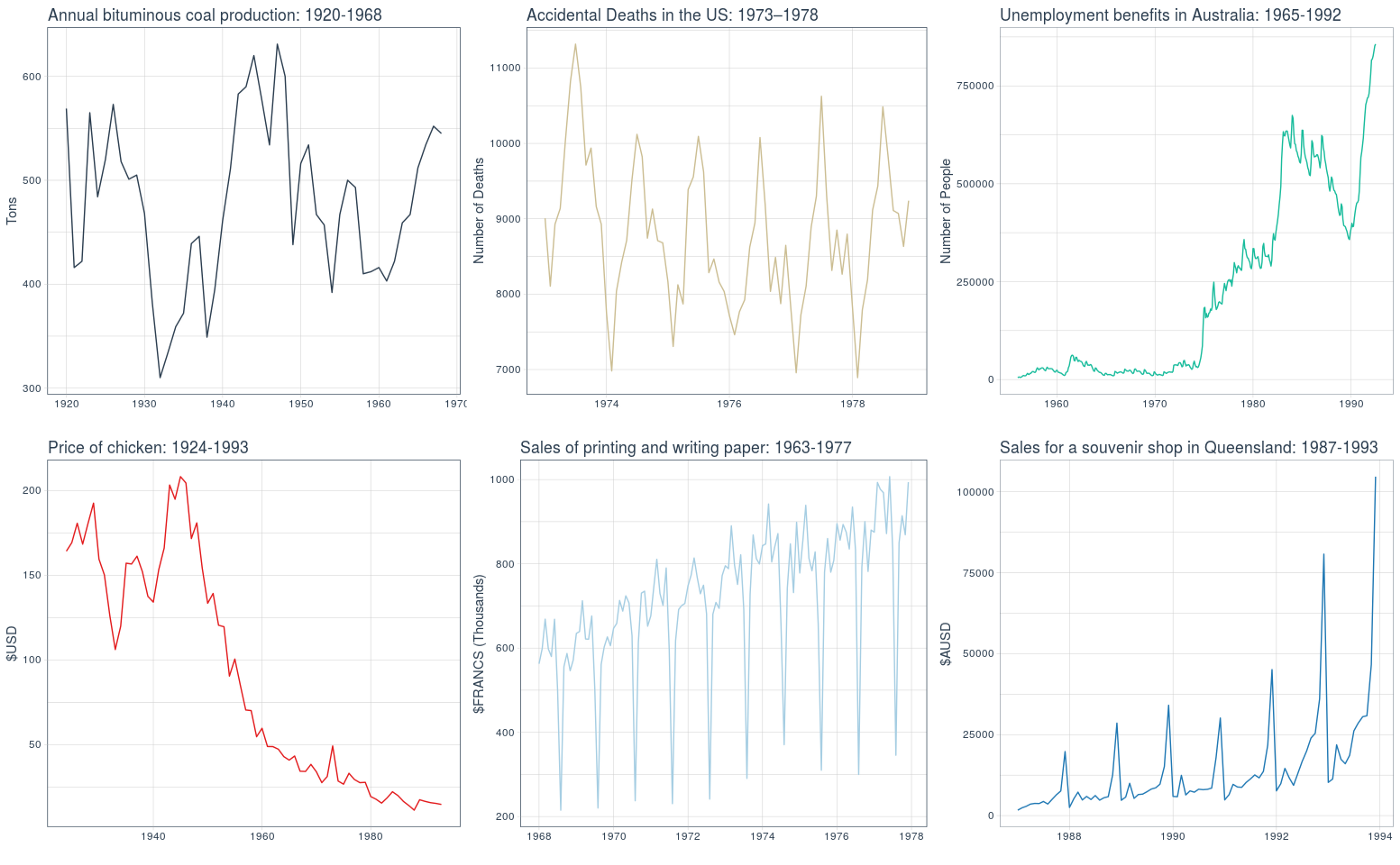 There are a number of forecasting packages written in R to choose from, each with their own pros and cons.

For almost a decade, the forecast package has been a rock-solid framework for time series forecasting. However, within the last year or so an official updated version has been released named fable which now follows tidy methods as opposed to base R.

More recently, modeltime has been released and this also follows tidy methods. However, it is strictly used for modeling. For data manipulation and visualization, the timetk package will be used which is written by the same author as modeltime.

The following is a code comparison of various time series visualizations between these frameworks: fpp2, fpp3 and timetk.

A few things to keep in mind:

For the next few visualizations, we will utilize a dataset containing quarterly production values of certain commodities in Australia.

Always check the class of your time series data. 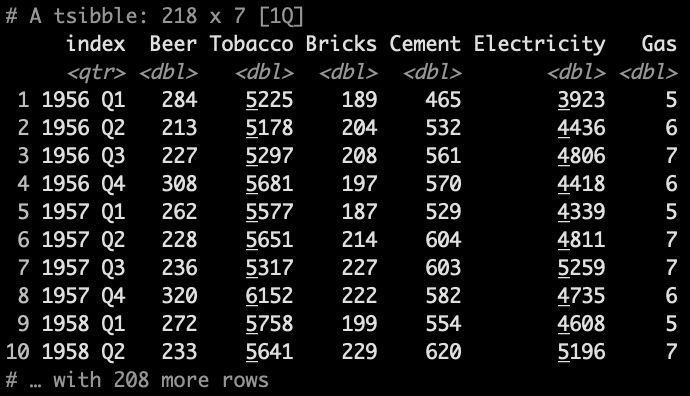 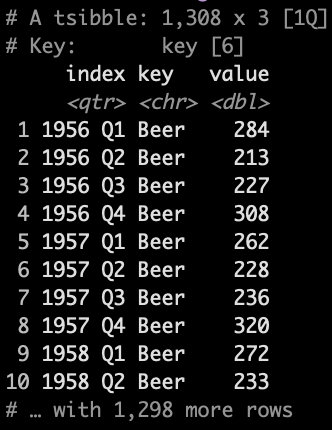 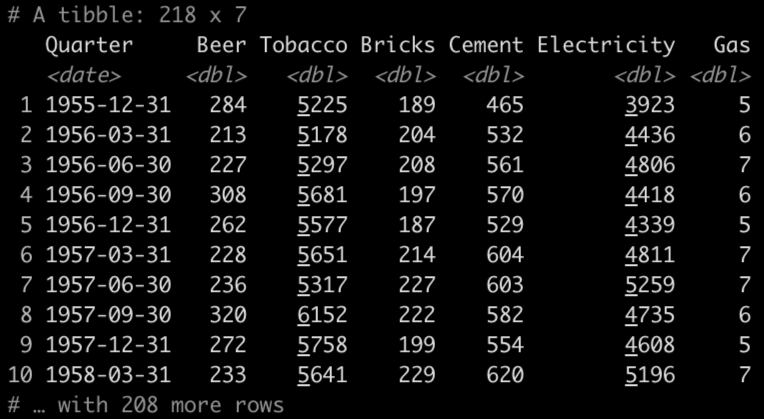 Workaround for indexing issue with tsibble and R 4.0 and up. 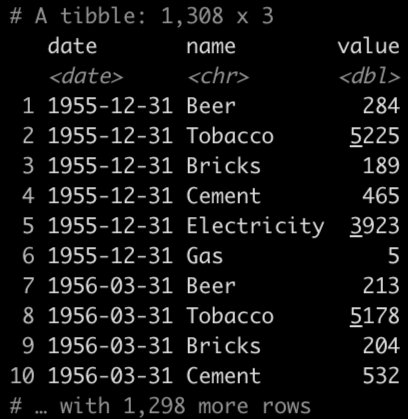 When analyzing time series plots, look for the following patterns: 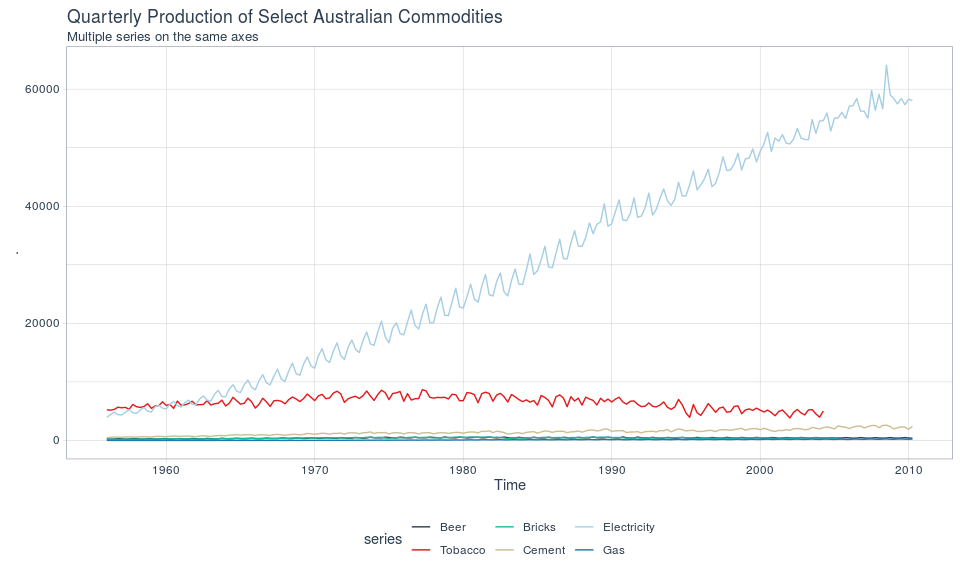 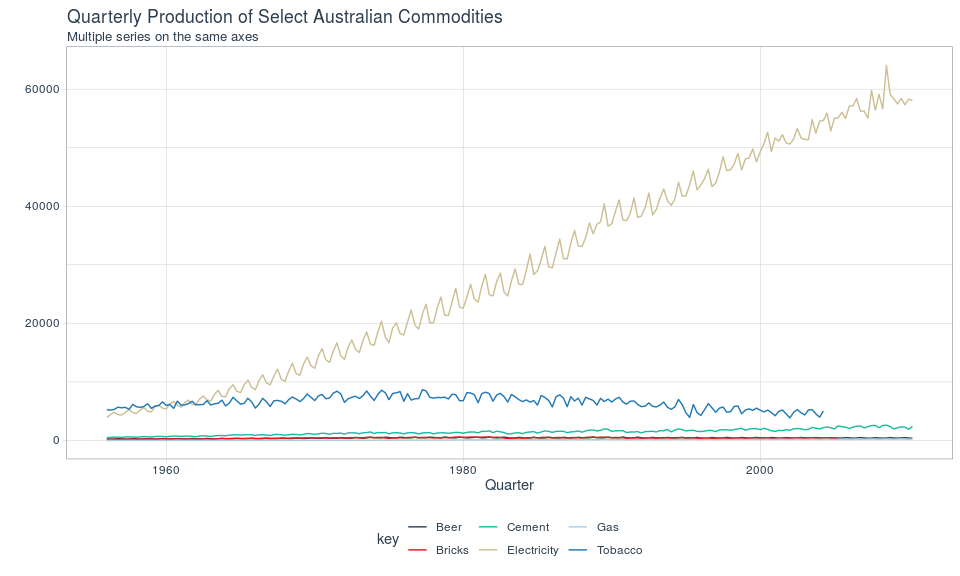 Note that plotting multiple plots on the same axes has not been implemented into timetk. Use ggplot. 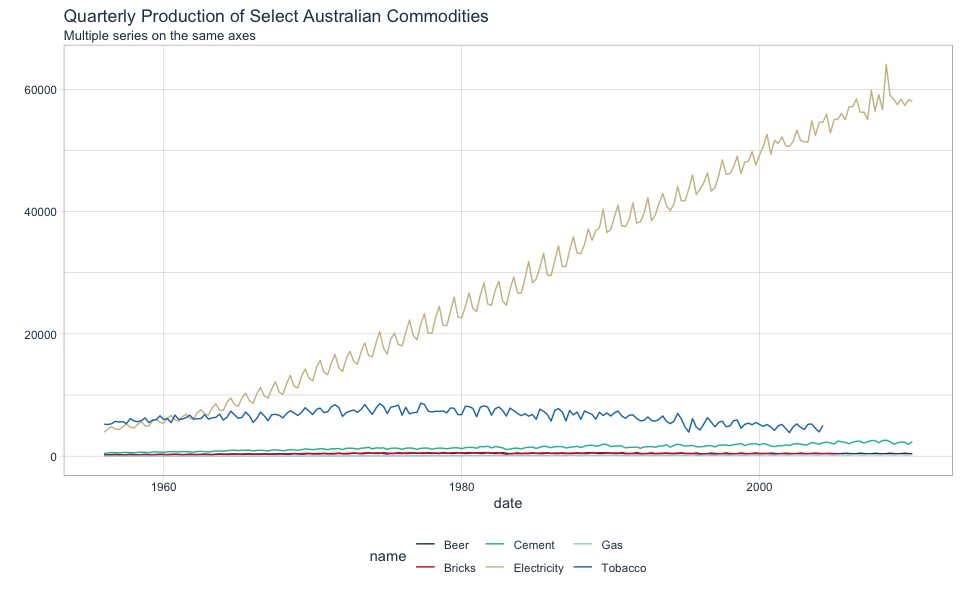 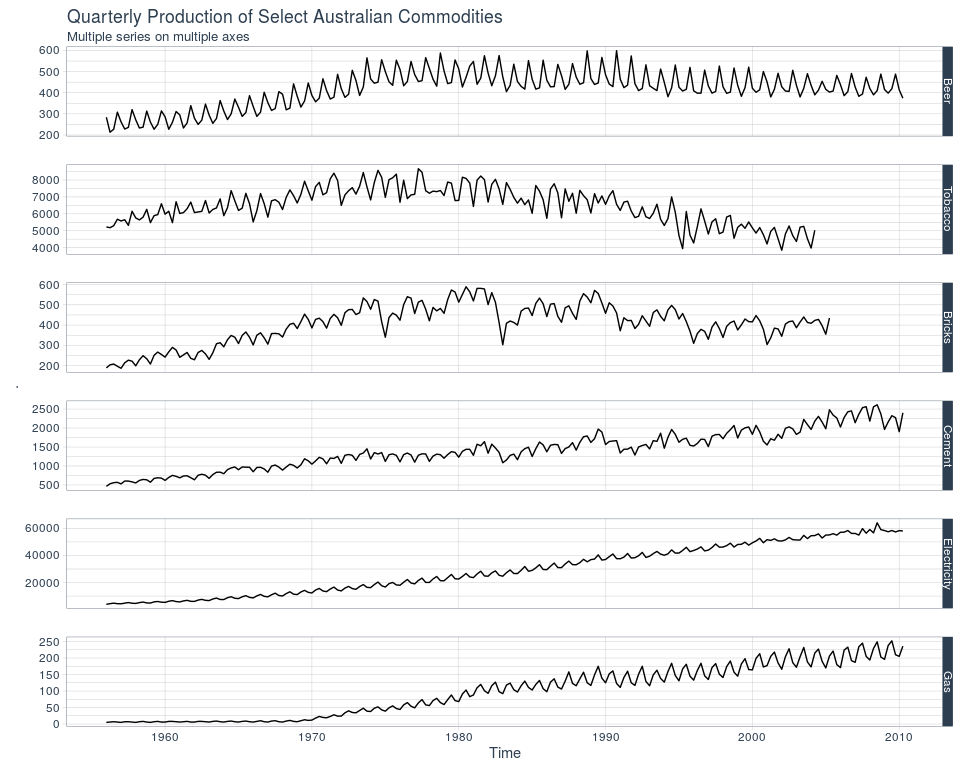 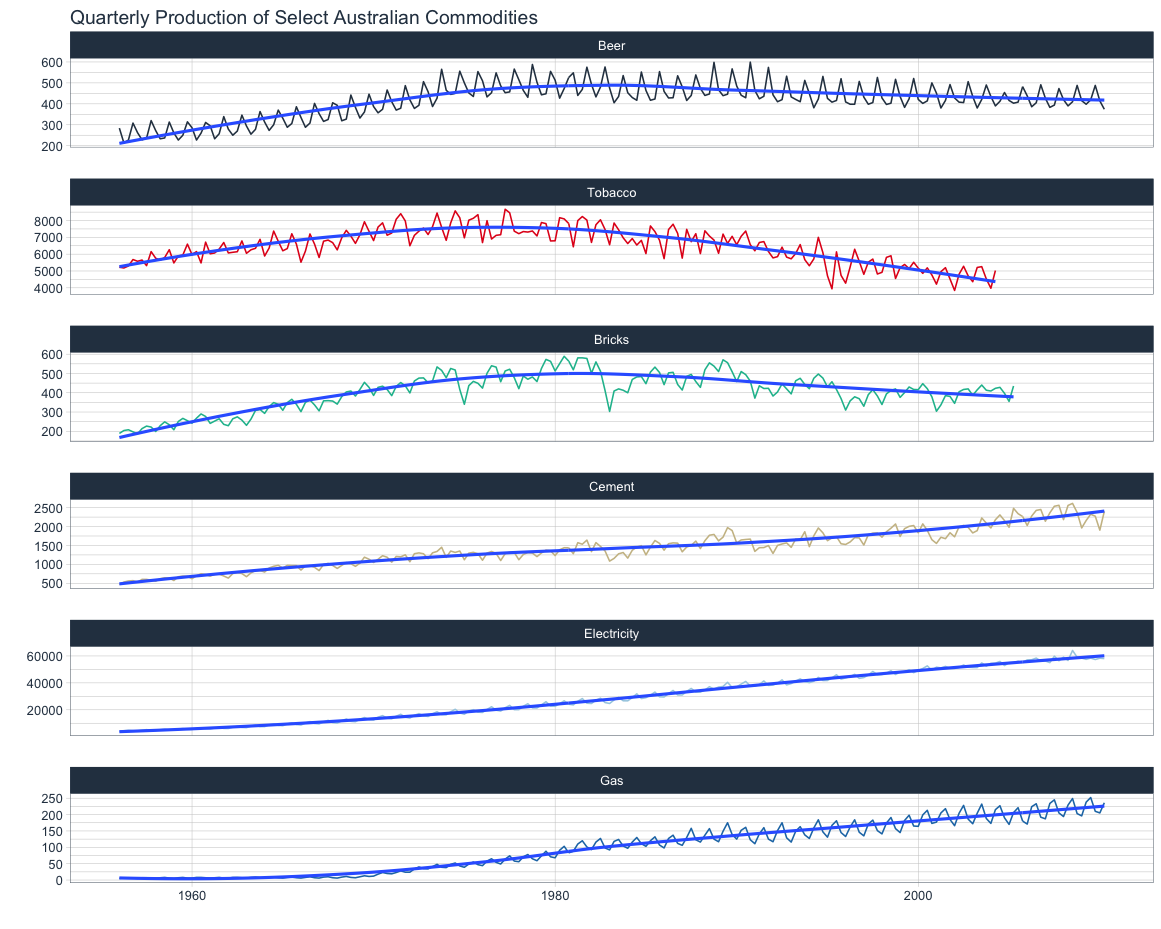 Use seasonal plots for identifying time periods in which the patterns change. 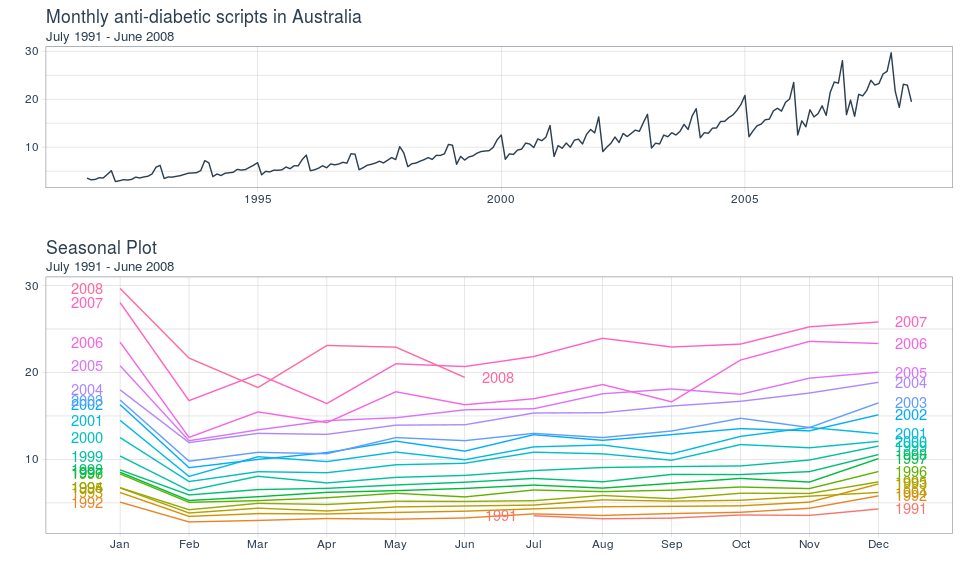 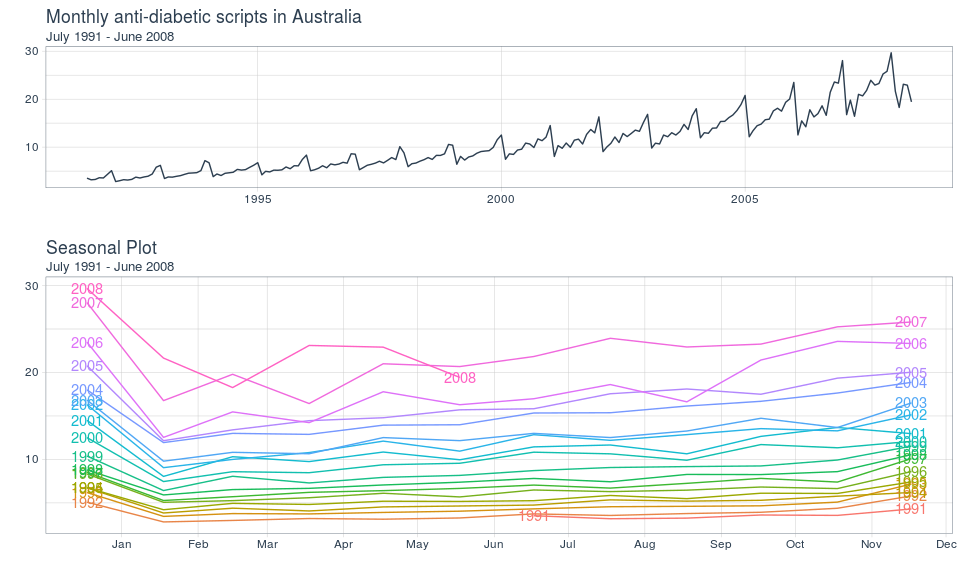 Note that seasonal plots have not been implemented into timetk. Use ggplot to write: 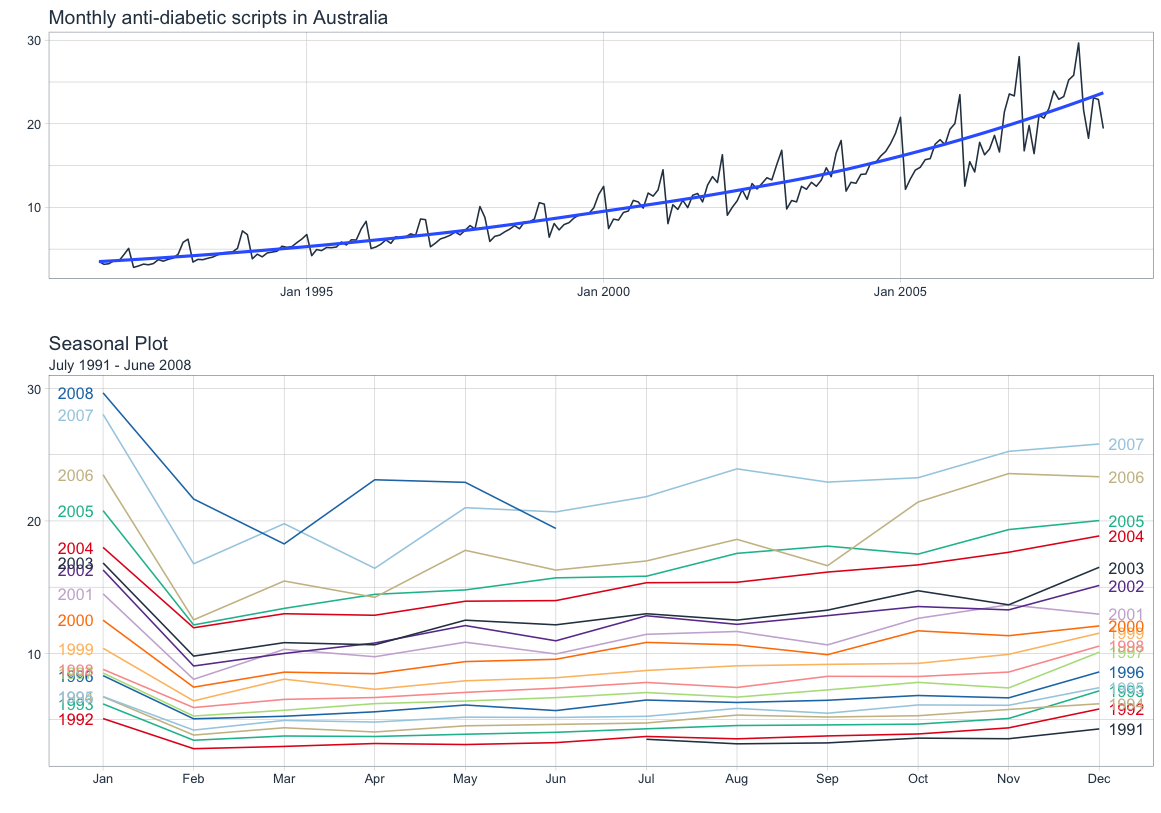 Use subseries plots to view seasonal changes over time. 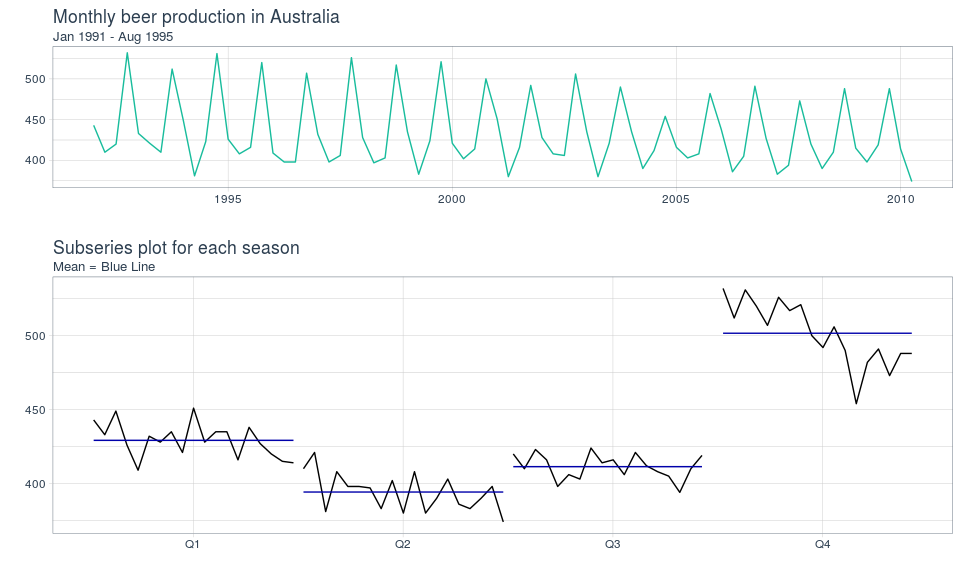 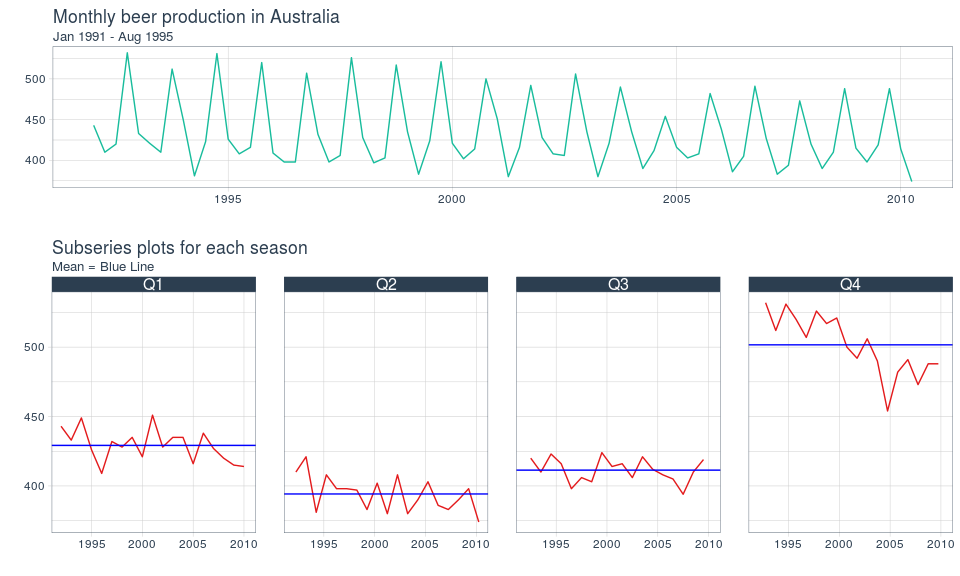 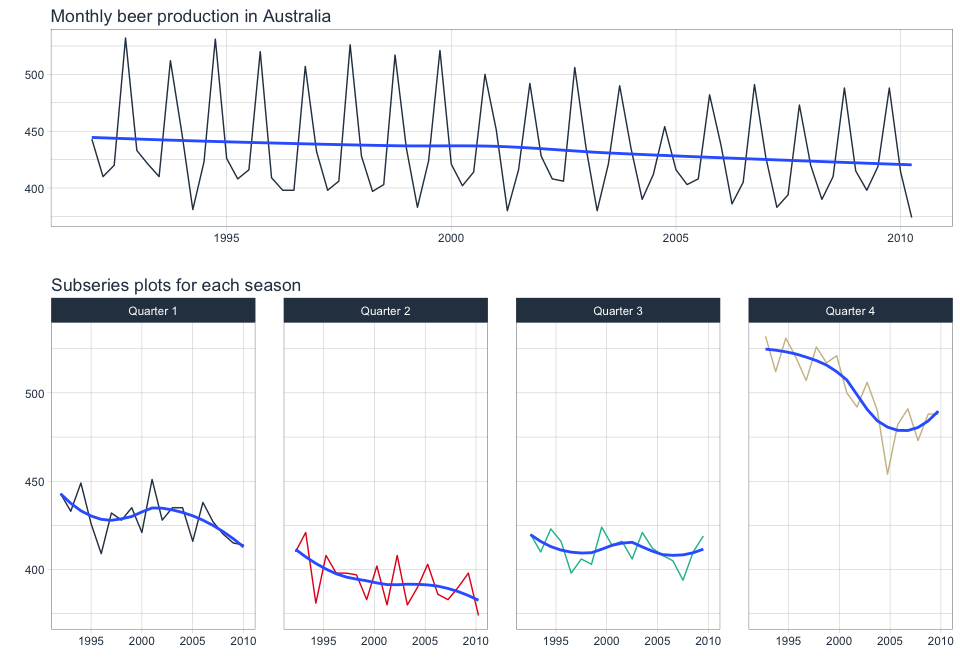 Use lag plots to check for randomness. 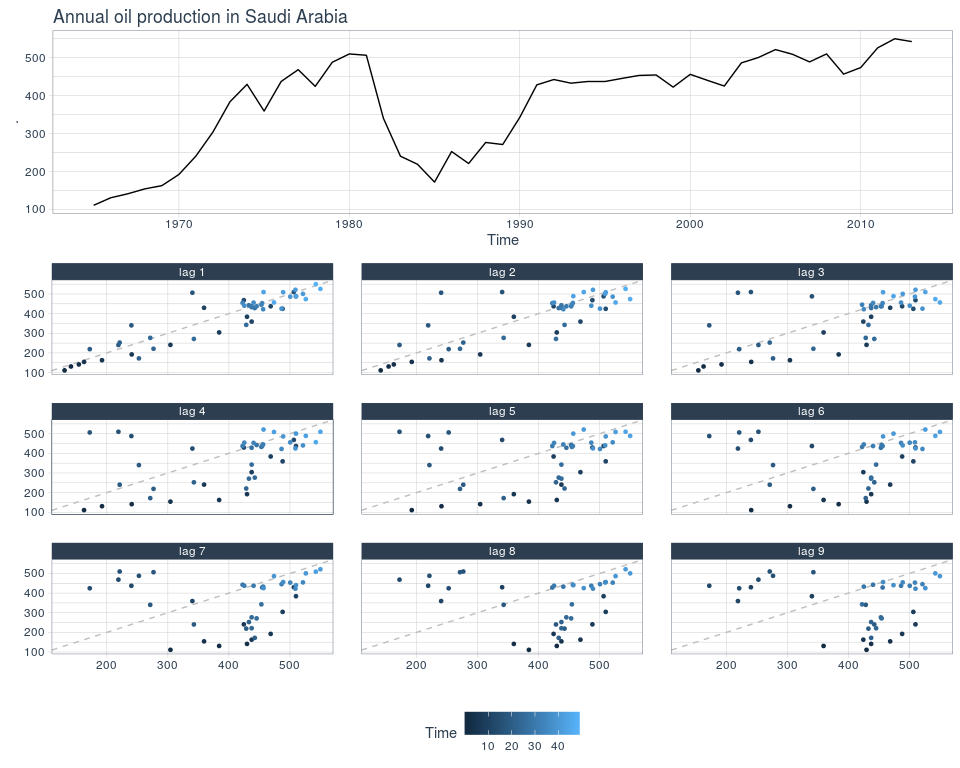 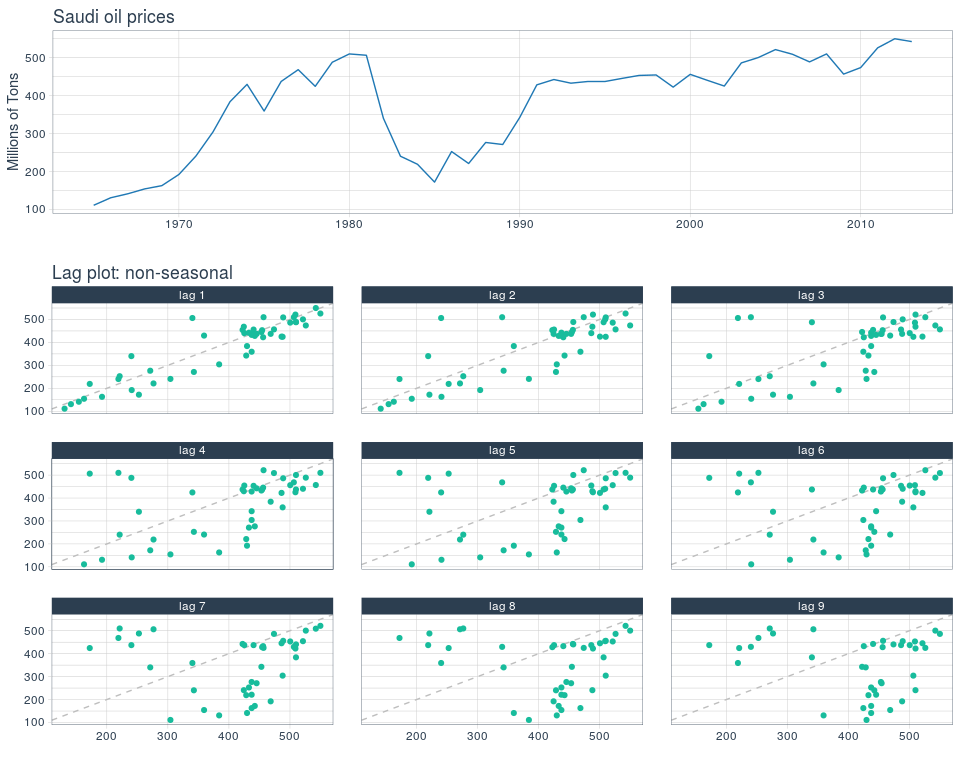 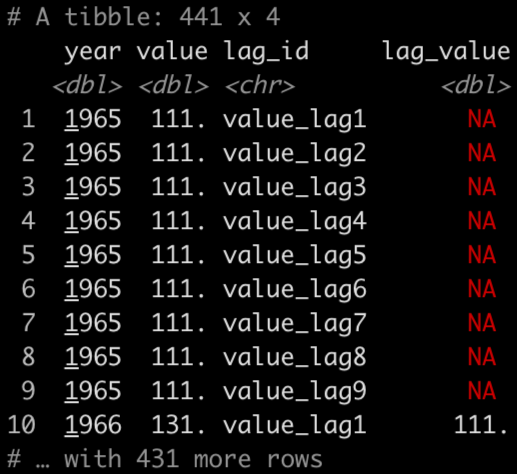 Now you can plot value vs lag_value 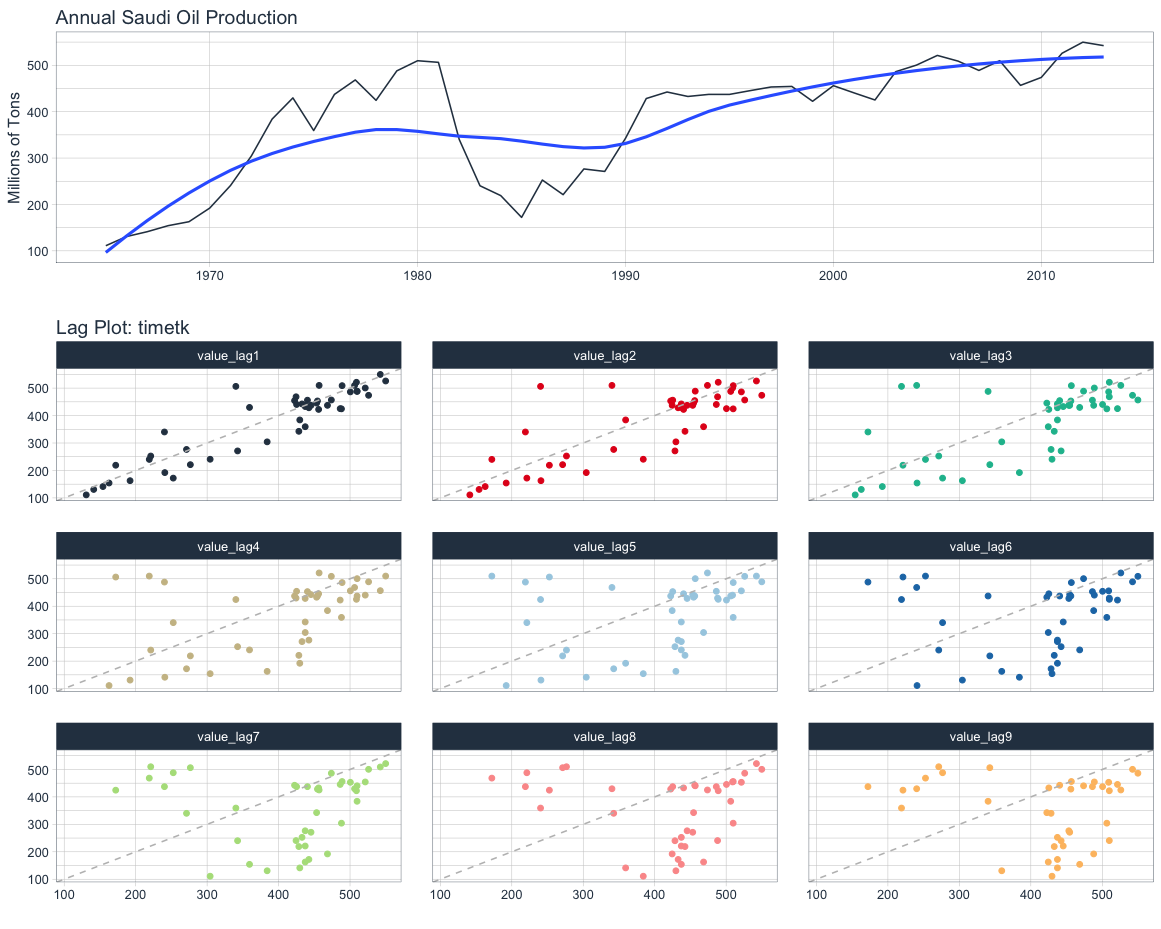 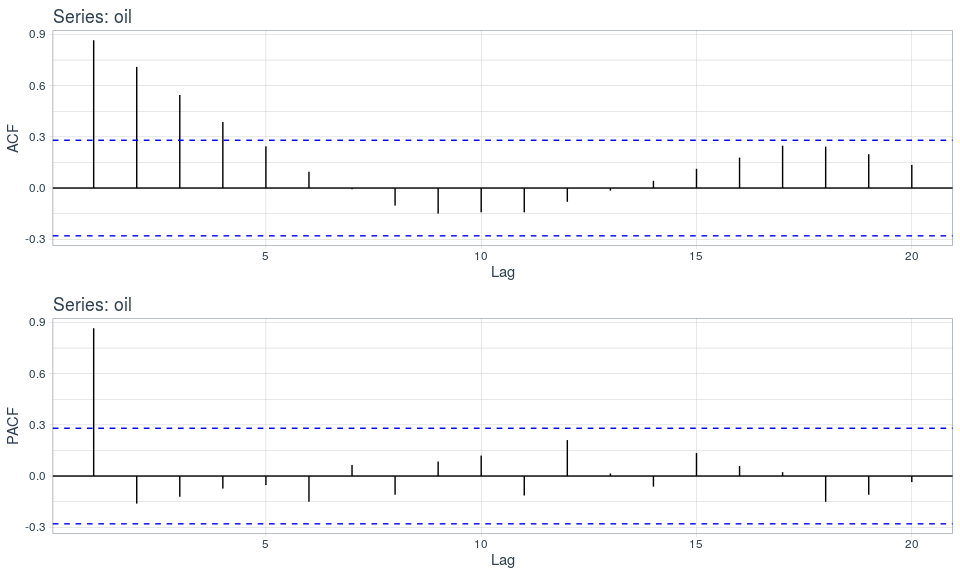 Are autocorrelations large at seasonal lags? Are the most recent lags above the white noise threshold? 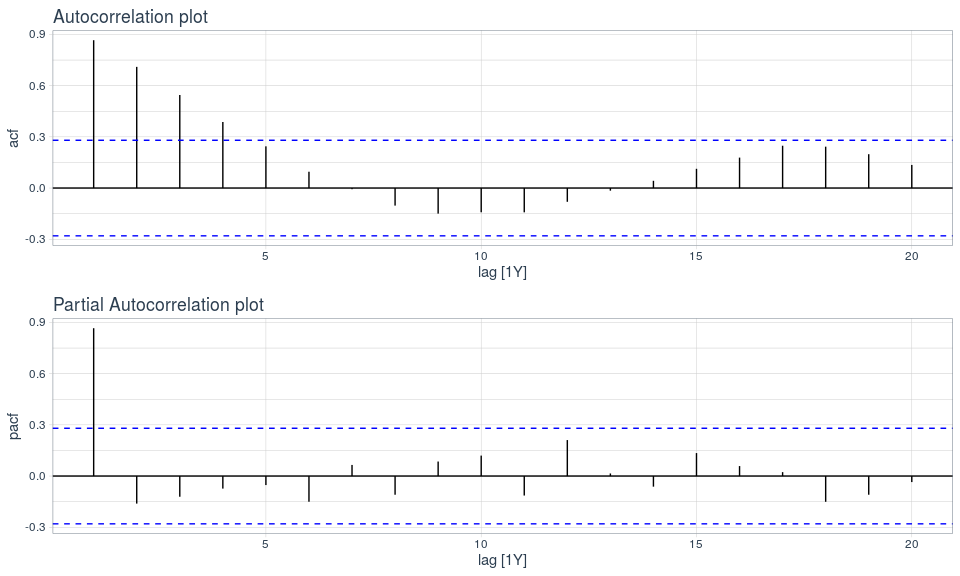 The autocorrelations are not large at seasonal lags so this series is non-seasonal. The most recent lags show that there is a trend.

ACF shows more recent lags are above the white noise significance bars denoting a trend. PACF shows that including lag 1 would be good for modeling purposes.

As with all things in life, there are good and bad sides to using any of these three forecasting frameworks for visualizing time series. All three have similar functionality as it relates to visualizations.

Author: Joon Im
Joon is a data scientist with both R and Python with an emphasis on forecasting techniques - LinkedIn.